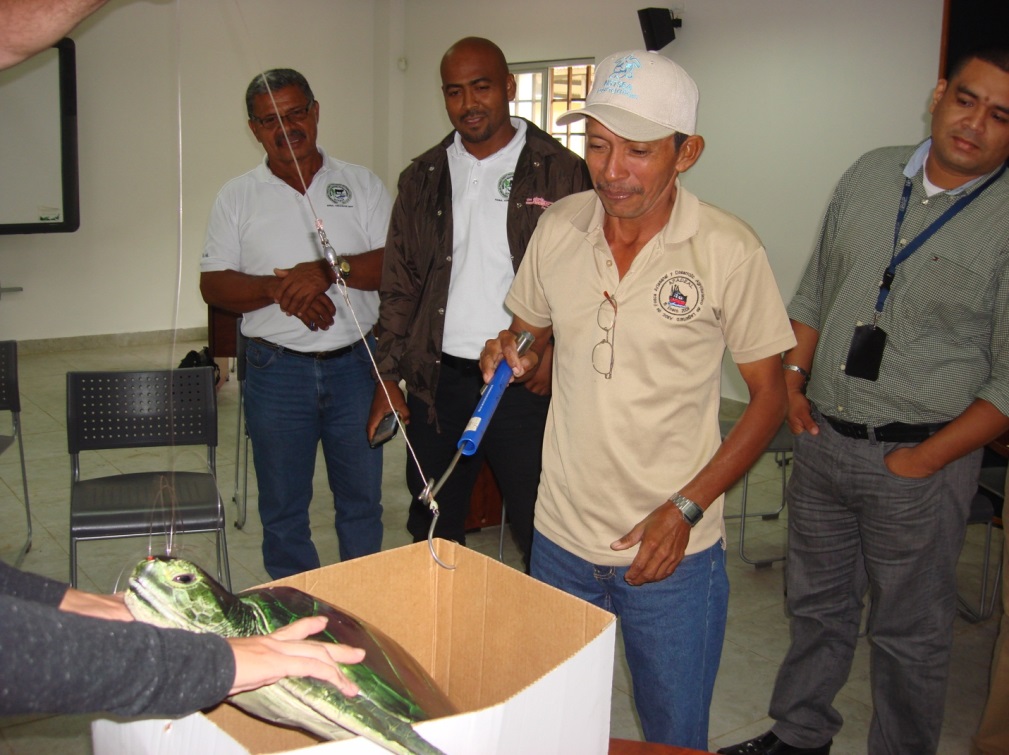 The Regional Plan of Action for the Conservation of the East Pacific Leatherback identified the importance of characterizing and mitigating fisheries bycatch of immature and adult leatherbacks in Colombia and Panama, countries where until a year ago, very little information about leatherback bycatch was available.

In this context, JUSTSEA became a member of the Laúd OPO Network in 2016 with the intent to fill this critical information gap, and to incorporate its activities and results to the regional initiative. Its first activity was participation in the third Laúd OPO training workshop (held in Mexico City) on an established rapid bycatch assessment method, to ensure that a standardized approach is implemented region wide to collect bycatch data directly from boat captains.

The preliminary results, based on 250 interviews conducted in three fishing ports in Colombia and eight in Panama, allowed us to identify sites where different fishing gears interact with leatherbacks, as well as high bycatch of other megafauna species such as other sea turtle species, seabirds, and sharks. Interviews are ongoing at the same and new fishing ports in order to have a better resolution of the bycatch situation in the Pacific Ocean of both countries.

At the end of the first phase of the project, five workshops were held in late July 2017, to share results of the assessments, as well as techniques and protocols for handling and release of turtles and seabirds captured incidentally with 150 fishermen. In all events, a team of ten volunteer fishermen were trained in the use of GPS and cameras in order to characterize megafauna bycatch events, with special interest in the leatherback turtle.

In Colombia, the workshops were held in Tumaco, Buenaventura and El Valle-Bahía Solano, with the participation of Peruvian fishermen who have worked for many years in the bycatch mitigation program led by ProDelphinus. Julio and Rusber Fiestas shared their experiences as fishermen in Peru with the Colombian fishermen, who were very interested by this exchange of knowledge.

In Panama, the events were held in Panama City and Santiago de Veraguas, with logistical support from the Smithsonian Tropical Research Institute and the University of Panama, respectively. Training on recommended fishing practices and release techniques was conducted by Stuart Arceneaux and Beth Runciman, representatives of the on-board observers program of NOAA Fisheries in Hawaii.

The support of the Ministries of the Environment and national fisheries authorities from Colombia and Panama was fundamental to the success of the meetings. We are confident that following the same premise of Laúd OPO — collaborative and inclusive work — we will achieve the goal of mitigating bycatch threats to leatherbacks in Colombian and Panamanian waters. 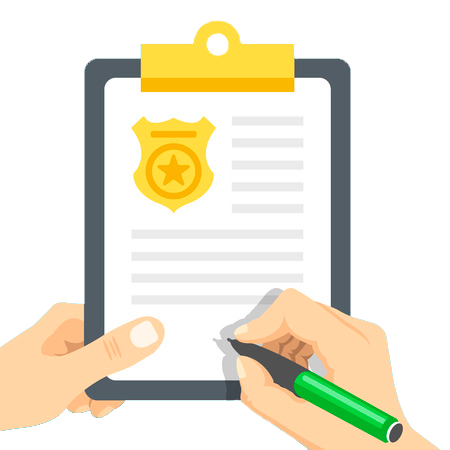